What is it about cooking shows that make them so addictive? I think it’s because in cooking, just like in a good plot, there is always an interesting twist. A good cook always adds something new to the recipe, something new and exciting.

I had the privilege to take part in such creative process last week when we grilled a “beer can chicken” for the 4th of July. Don Addison, Mrs. G’s brand ambassador, was going to prepare it the way his mama and grandma used to make. 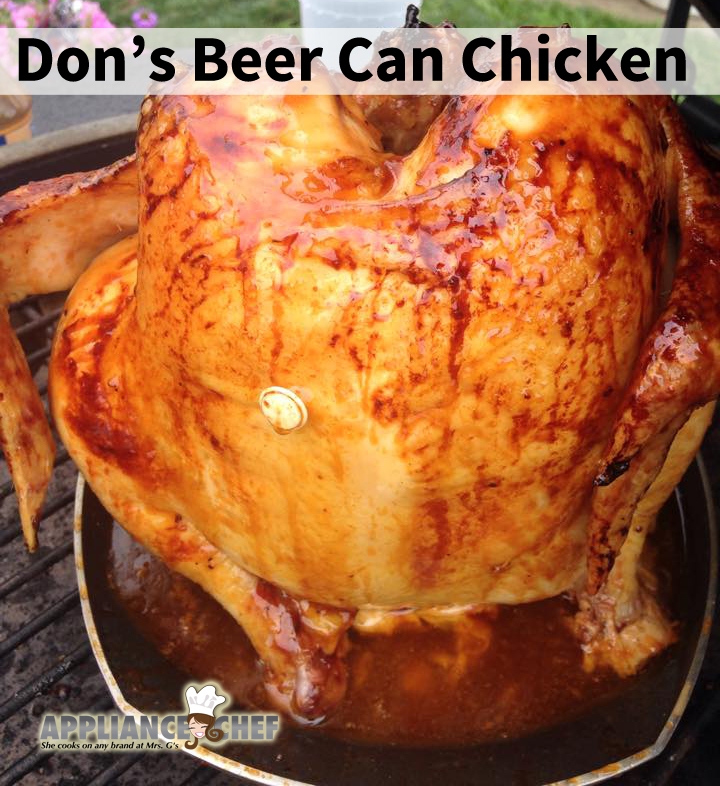 Beer can chicken (aka beer butt chicken, dancing chicken or chicken on a throne) is fairly straight forward: You stand a chicken upright on a half-filled can of beer and cook it slowly (indirectly) on a grill. The beer evaporates and permeates the chicken.

I sent an email to Chris Gray, the store manager, asking about the grill we were going to use, and this was when the first twist happened. I mistakenly sent the email to Chef Chris Albrecht. Chef Chris headed Craft Steak in Las Vegas and New York and Eno Terra in Kingston. Now he is a managing partner at Farmers Restaurant Group in DC. He’s a busy guy who is always generous with his expertise.

I am sure Chris didn’t understand why I sent him this email. But being the gentleman that he is, he replied with his method of beer can chicken. “Don’t overcook,” he advised. “Consider a 24-hour brine, and then you can keep it warm for a long time.”

A brine. Of course! If you’re using a local, pasture-raised chicken, chances are that it is flavorful but lean and tough. A brine will soften it and render it tender.

The first step was done, and now it was on to the beer can. And that’s when the second twist happened. Instead of beer, Don uses his grandmother’s recipe for BBQ sauce. He uses a Big Green Egg chicken roaster , fills it up with some of  the sauce, and roasts for an hour at 375-400F. After an hour, he starts basting every 15 minutes or so using the same sauce.

According to Don, the chicken is ready when it’s deep golden mahogany, and the wing joints are loose (if you’re not sure about the latter method, use a thermometer).

Here’s the recipe. Do you have a homemade BBQ sauce recipe you’d like to share? Tell us in the comments! 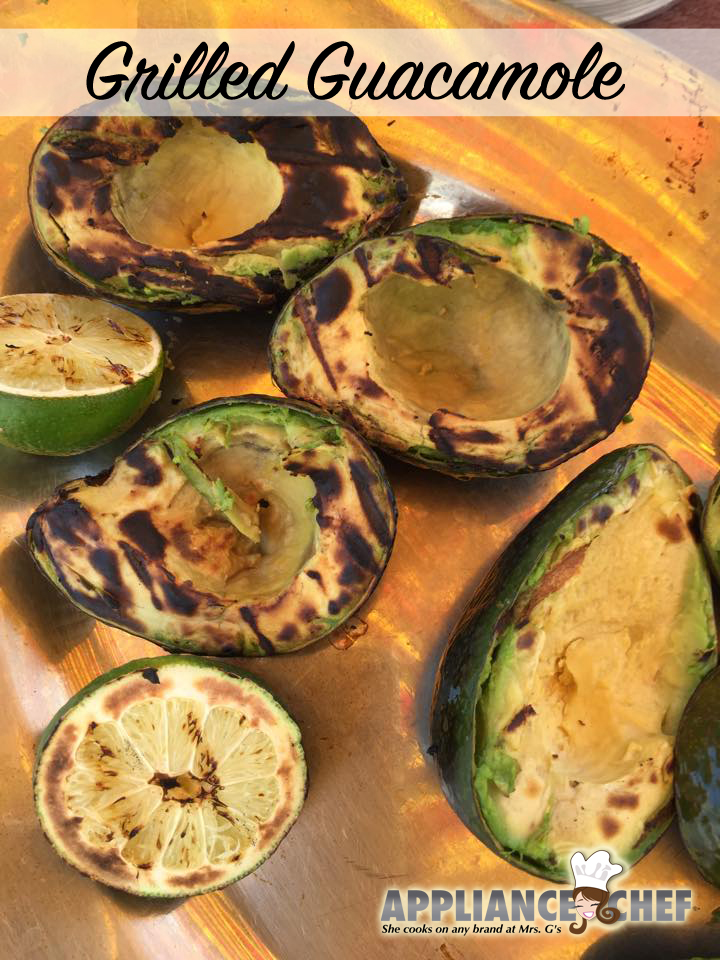 Before my kids were born, I could easily spend a whole day just cooking dinner. I would hop from farm to farm in search of meticulous ingredients. Then I would spend hours in the kitchen creating elaborate chef dinners. I loathed people who made mayonnaise in a blender rather than whipping it by hand, let alone bought it at the store.

When my first child was born, I (stressfully) held on to this practice. But when my second and third ones arrived, I had no choice but to cave  in. And I started to cut corners.

Sixteen years later, I’ve developed a whole repertoire of shortcuts. Sure,  my occupational pride is hurt. But dinners are made with ease and nonchalance.

One of my favorite shortcuts is that of guacamole. In this particular recipe, we first grilled the avocado and lime on the Big Green Egg after being inspired by local blogger Amanda Biddle of StripedSpatula. Guacamole is so simple that there is no need for a recipe:

1.Grill cut sides down on medium-high direct heat for about 5 minutes;

2. Scoop out the flesh of three ripe avocados;

3. Drizzle some lime and sprinkle with salt;

4. Mash with a fork and then stir in about half cup of fresh, store-bought salsa. 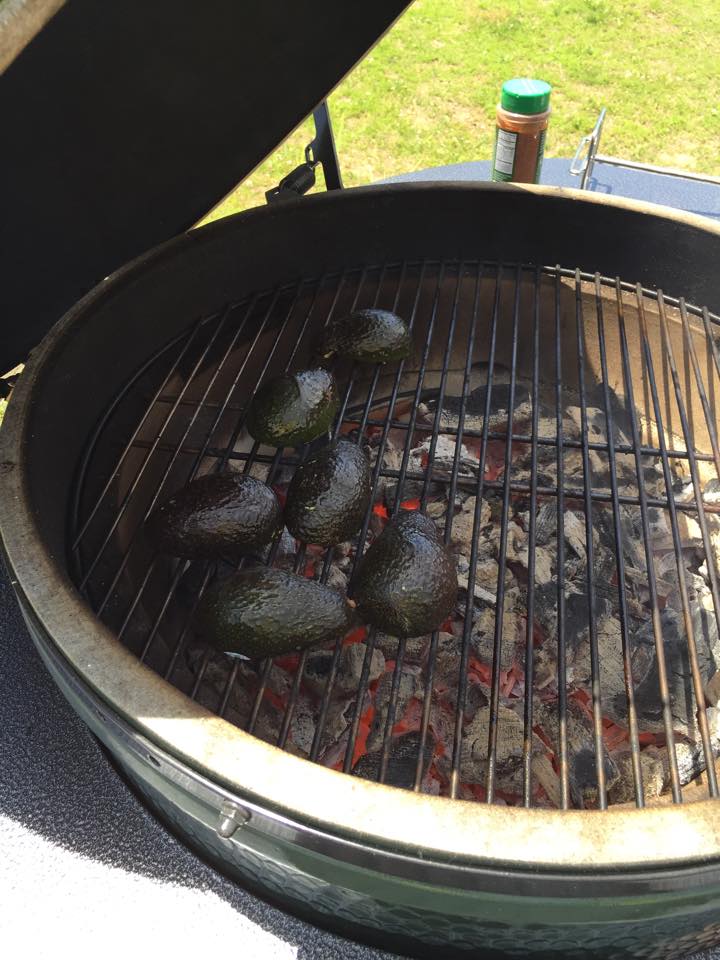 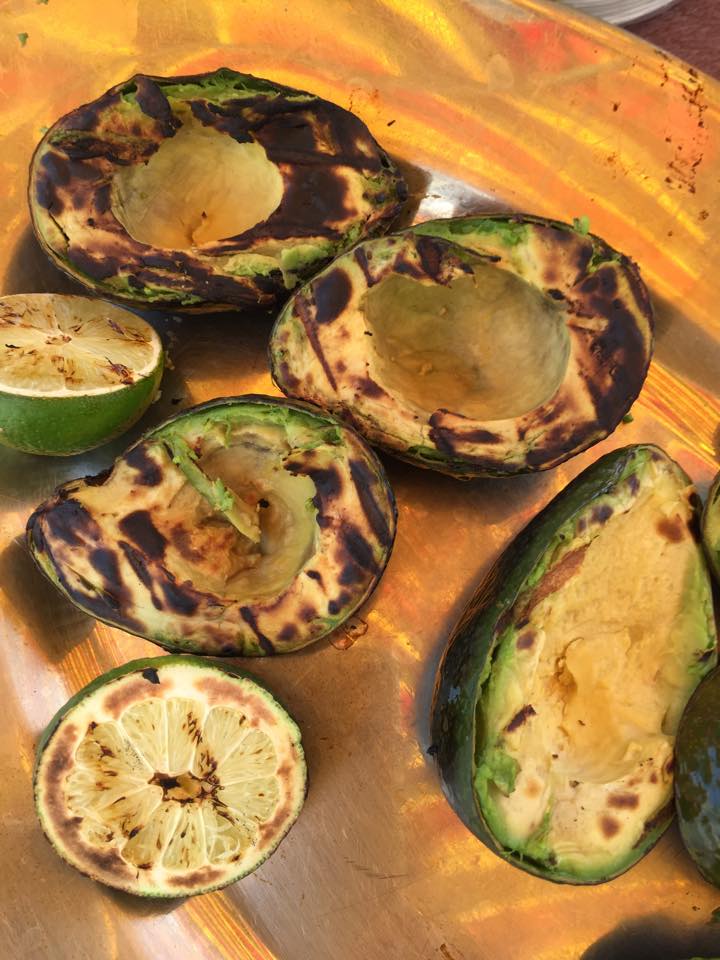 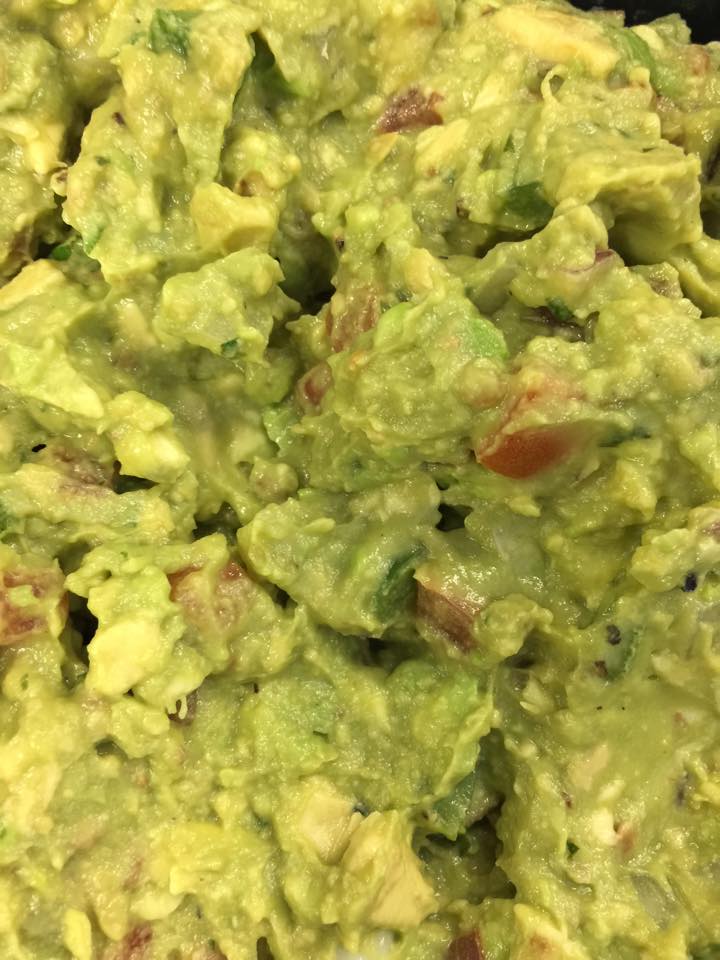 People who’ve tasted this guacamole said that it tasted like the “real thing” from a restaurant.  So let me tell you a secret: restaurants cut corners, too.

Ramps, those lovely delicate shoots of wild leeks, are one of the last real wild foods.  They sprout right now along the East Coast, and their season is fleeting. Be sure you enjoy them before they disappear. You can’t get any more local than that. END_OF_DOCUMENT_TOKEN_TO_BE_REPLACED