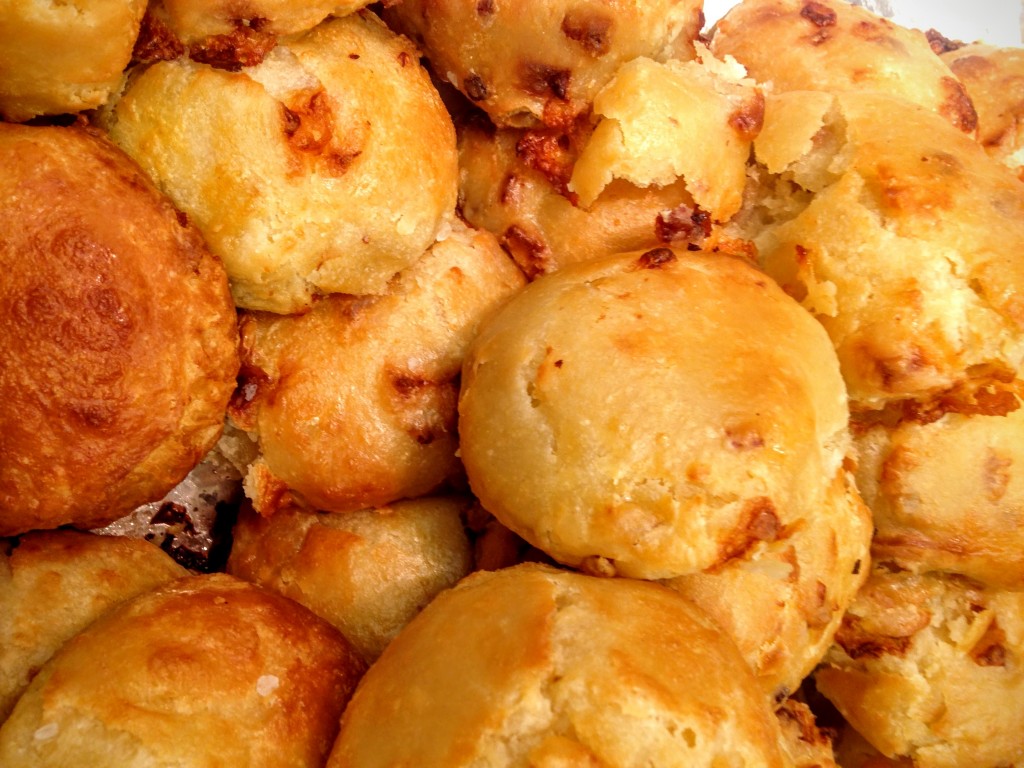 “No one has ever asked me to give a pig talk,” said Jon McConaughy, owner of Double Brook Farm and Brick Farm Market. That was at the Mid Jersey Chamber networking breakfast at Mrs. G’s this week, where he was giving a “pig talk,” a lecture about growing pigs in a humane, sustainable way.

In fact, a “pig talk” is not just about pigs. It is about shifting the way we think about our food. From viewing pork as factory-farm pale meat packed in styrofoam boxes to pigs who live on pasture, eat acorns, are never given hormones or antibiotics, and are harvested on the farm.

It is known that animal welfare leads to better food. The meat of relaxed animals has a lower pH, and it is more delicate than that of animals who were stressed out during transport, handling, and slaughter.

Also, the acorn diet gives the meat deliciously rich flavor and high quantities of oleic acid and omega-3 fatty acids, which makes the perfect bacon and lard. And that lard makes the perfect old-fashioned lard biscuits.

I fell in love with lard biscuits when I lived in Minnesota. About an hour drive north of the Twin Cities, there was a diner that served lard biscuits. They were flaky, soft, rich, and light. So good they made me drive in the snow with three babies in tow just to eat them. We went there often until one day we came and found the place burned to the ground.

Ever since then, I’ve been aching for lard biscuits.  I never made them myself because the conventional hydrogenated lard had such a bad rep. But when Debbie asked me to arrange a bacon themed breakfast I knew we had to have lard biscuits.  I knew that the folks at Double Brook Farm raised their heritage breed pigs in a humane and sustainable way and that their pork was delicious. So I asked them to make lard biscuits for the Mid Jersey breakfast (among other bacon-themed treats).

The biscuits, flaked with bacon bits and almost unbelievably soft and rich, were even better than I remembered. I hope the photo conveys some of that goodness. If you missed them at the breakfast, you can make them at home (recipe follows).

Do not use conventional hydrogenated lard. It is just as bad as its reputation. Get lard from Brick Farm Market (call before you go) and follow this recipe.